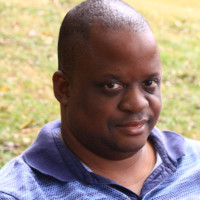 He is a piano teacher who is the principal Conductor of the Kampala Symphony Orchestra, the Kampala Singers Choir and the current Director of Kampala Music School. He is a jazz musician and has performed with several bands on the local scene including Qwela and Baximba Waves. As a jazz flautist he played with the inaugural Kampala Arts Ensemble, an ensemble of traditional instrumentalists and western instruments, and this ensemble performed Afro fusion music at the Concertgebouw in Amsterdam, and the 19th World Music Meeting in Nijmegen, Holland. His extensive performing career includes playing title role in The Marriage of Figaro, piano recitals in Edinburgh, Malawi, Nairobi and Kampala, a flute & piano concertos with the Nairobi Orchestra, and at the Safaricom classical music fusion festival in Nairobi. In 2007 he had the honour of playing piano recital for Queen Elizabeth II during her visit to Uganda for CHOGM.